Hear from a virtual panel of phenomenal UNC alumni in globally focused careers! Panelists represent a variety of career options: government, private industry, NGOs, and more. They will share their professional journeys from studying (like you!) at UNC, through the career searches, networking, and life choices that led them to their current roles. In the Q&A, panelists will take your questions on everything from advice on the job hunt to sustainable career growth over the years. Wherever you are in your UNC experience, this panel is perfect for you — from first years just starting to explore their interests, to seniors scrolling Handshake and attending job fairs. 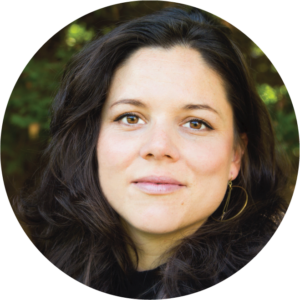 Sarah R. Champagne graduated in journalism, international peace and conflict-resolution from the University of North Carolina at Chapel Hill in May 2020 thanks to a Rotary Peace Fellowship. She then covered the COVID-19 peak in Texas for the Texas Tribune, and is currently working on a documentary about migrant workers in Canada. Before studying in North Carolina, Sarah has contributed as a freelance reporter to publications such as the Christian Science Monitor and Geist Magazine, filing stories from 15 countries. She has also worked for Le Devoir and CBC/Radio-Canada in Montreal, and she is the winner of a 2019 Overseas Press Club Foundation Award. Sarah speaks French, English, Spanish, and Italian. Through her Rotary Peace Fellowship, she explored how to produce journalism that promotes dialogue, humanizes enemies, and sheds light on structural causes of violence.

Sarah Bidgood directs the Eurasia Nonproliferation Program at the Center for Nonproliferation Studies. She is also an adjunct professor at the Middlebury Institute of International Studies in the Nonproliferation and Terrorism Studies MA program. Her research focuses on US-Soviet and US-Russia nonproliferation and arms control cooperation, as well as the nonproliferation regime more broadly. Sarah served on the secretariat at the 2015 Non-proliferation Treaty (NPT) Review Conference and has been a member of a national delegation at each of the last three NPT Preparatory Committee meetings. She is a regular speaker at major international events and conferences on nonproliferation, arms control, and US-Russia relations. Sarah also leads CNS’ Young Women in Nonproliferation Initiative, which aims to encourage more women undergraduates at US colleges and universities to consider careers in nuclear policy. She holds an MA in Russian, East European, and Eurasian Studies from the University of North Carolina – Chapel Hill and a second MA with distinction in Nonproliferation and Terrorism Studies from the Middlebury Institute of International Studies at Monterey. She is a Russian speaker and graduated with a BA in Russian language and literature from Wellesley College. She is pursuing a PhD at Kings College London. Will Jarvis is a technologist in his mid-twenties currently located in the RTP region of North Carolina. He works on building startups, and trying to develop the developed world. He currently runs marketing and operations for the machine learning startup Tanjo. He explores Narratives about how the world is better than it has been in the past, the ways in which it is worse, and how to make a definite, more positive future possible, and he is working on making science more efficient at First Flight Research. He likes to work on weird projects, that have a good chance of making a large impact. He’s often talking, reading, or writing on: effective altruism, public choice economics, finance, life extension, social science, existential risks, and cryonics. He also organizes the RTP Slate Star Codex meetup every month. He’s married to the beautiful and talented Abby Ward. He graduated from UNC-Chapel Hill. For fun, he gets into all kinds of weird fitness events and challenges. To reach him, send me a DM on Twitter, or shoot him an email at willdjarvis at gmail. 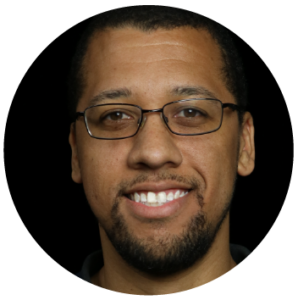 Hakeem Smith is a Business Analyst at Amazon, working for the Talent Development team with the Product Assurance, Risk, and Security organization. Prior to joining Amazon four years ago, he worked as a researcher and international project coordinator for the Czech Helsinki Committee. There, he researched and wrote about migrant issues, Roma health and education, and modern forced sterilization. Hakeem has lived and worked in Europe, mainly in Prague, since 2012, and has two young children who speak fluent Czech and often translate for him with family and strangers alike. At UNC, he graduated with a Bachelor’s in Anthropology in 2005 and returned to earn another degree from the TransAtlantic Master’s program in 2013. 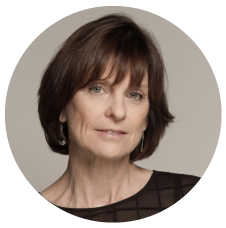 Melani McAlister is Professor of American Studies and International Affairs at George Washington University. A cultural historian focused on the US in the world, she has recently published The Kingdom of God Has No Borders: A Global History of American Evangelicals (Oxford, 2018). She is also co-editor of volume 4 of the forthcoming Cambridge History of America and the World. Her other books are Epic Encounters: Culture, Media, and US Interests in the Middle East (Univ. of California, 2005, o. 2001), and Religion and Politics in the Contemporary United States (2008), co-edited with R. Marie Griffith. She is recipient of an NEH fellowship, as well as fellowships from Princeton and the University of Pennsylvania. She currently serves on the Board of Directors of the American Council of Learned Societies, the editorial boards of Modern American History, Diplomatic History, and American Quarterly, and several committees of the Society for Historians of American Foreign Relations. She has written for a wide variety of scholarly journals and general audience publications, including the New York Times, the Washington Post, the Atlantic, and the Nation. Her next project is a cultural and affective history of US humanitarianism in the Cold War.