In the Belly of the Indian Economic Boom: Why Adivasis and Dalits Remain at the Bottom of the Hierarchy 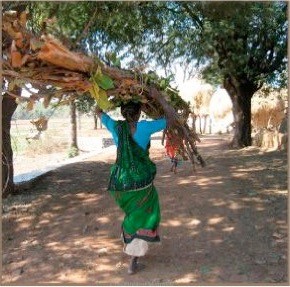 Dr. Alpa Shah Department of Anthropology, The London School of Economics Tuesday, April 12th 3:30-5pm 220 Murphy Hall   Alpa Shah is a Reader in the Department of Anthropology at the London School of Economics. Alpa Shah’s research has been driven by concerns for inequality, how it is produced and addressed, and how ordinary people experience it. She has drawn on extensive long-term ethnographic field research in India, and more recently Nepal, to comment on themes ranging from: the intersection of class, caste and ethnicity/indigeneity in indigenous rights activism and politics; the moral and political economy of the developmental state, programs of poverty alleviation and practices of corruption; transformations in the agrarian economy and seasonal casual labor migration; citizenship, education and the politics of affirmative action policies; and the spread of emancipatory politics through class struggle, notably the Maoist movements. Along with a series of influential articles, she is the author of In the Shadows of the State: Indigenous politics, environmentalism, and insurgency in Jharkhand, India (Duke University Press 2010), co-editor of Windows into A Revolution (Orient Blackswan 2011), and the co-guest editor of Affirmative Action in South Asia (a FOCAAL special issue 2013).   Sponsored by the Carolina Asia Center, the Center for Global Initiatives, and the UNC South Asia Faculty Working Group.