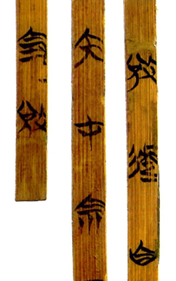 Over the past few decades, numerous manuscripts dating to around 300 BCE have been unearthed in China. Reading texts written on bamboo strips (such as the Tsinghua manuscripts shown above) involves the collaboration of archaeologists, paleographers, linguists, and historians. One of the thorniest problems is the vast number of unknown graphs. Phonological reconstruction is often the most important way to decipher such graphs. In this presentation Professor Baxter will demonstrate how new approaches to reconstructing the pronunciation of Old Chinese graphs can help in reading ancient manuscripts. The term “Old Chinese” refers to varieties of Chinese used before the unification of Chinese under the Qin dynasty in 221 BCE. When reconstructing the pronunciation of Old Chinese what most paleographers do is to depend on the rhyme categories (yùnbù 韻部) and initials (shēngmǔ 聲母) established by the Chinese linguistic tradition. According to this procedure, the graph 世 (which is pronounced shì in modern Mandarin) and the graph 勢 (which is also shì in modern Mandarin) which are both reconstructed as syejH in Middle Chinese (ca. 600-1200 CE) in Baxter’s notation, should be a perfect match in Old Chinese as well, since they have the same rhyme category (月部) and initial (書母). In contrast, Professor Baxter shows that there is good evidence that they did not have identical, or even similar, pronunciations in Old Chinese, but instead should be reconstructed as *l̥ap-s for 世 and *ŋ̊et-s for 勢. Using examples such as these, Baxter’s talk highlights the importance of historical phonology for the paleographical study of early Chinese texts. 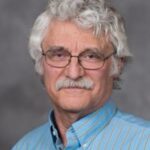 William Baxter, Professor of Linguistics and Asian Languages and Cultures, University of Michigan, is a leading specialist in Old Chinese phonology. He is author of A Handbook of Old Chinese Phonology (Mouton DeGruyter, 1992), and (co-authored with Laurent Sagart, CNRS, Paris) Old Chinese: A New Reconstruction (Oxford University Press, 2014).

This event was made possible with a grant from the Henry Luce Foundation.