The Muslim Discovery of Japan 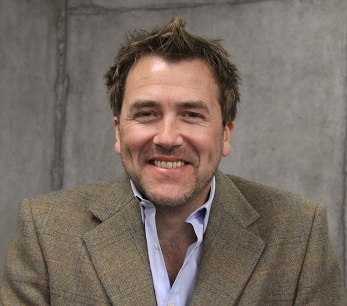 The Muslim Discovery of Japan, c.1890-1940 In the half-century between 1890 and 1940, Muslims from India, the Middle East and Central Asia turned in fascination to Japan as an independent and industrializing ‘eastern’ (mashriqi) nation. As itinerant Muslim intellectuals struggled to relate Japan’s achievements to their own societies, they brought to Japan many of the same questions and conceptions. In the meantime, through mosque-building and religious publishing, Japan itself became a new Muslim hub in a way that was entirely without precedent. This outreach culminated in the opening of Japan’s first mosques in the late 1930s. To explain these developments, this richly illustrated lecture draws on a range of primary materials to assess the place of Japan in the globalizing Muslim networks of the inter-war period. Lecture presented by Dr. Nile Green, Professor of History at the University of California, Los Angeles. About the speaker: After beginning my career as a historian of Islamic India and Pakistan, I have traced networks of Muslim activity that connect Afghanistan, Iran, the Indian Ocean, Islamic Africa and Central Asia. My writings span the domains of global, social, religious, cultural and literary history. My books have ranged over the forms of Islam which evolved among the tribal societies of early modern Afghans to the intersection of religion and colonial service among the Muslim soldiers of the British Empire and the emergence of industrialized religious economies in the nineteenth century Indian Ocean, Atlantic and Pacific arenas. My current book reconstructs the beginnings of modern Middle Eastern and European intellectual exchange by following the first Iranian students to study in Europe between 1812 and 1819. In recent years, I have focused on positioning Islam and Muslims in global history through such topics as intellectual and technological interchange between Asia and Europe; Muslim global travel writings; the transnational genealogy of Afghan modernism; and the world history of ‘Islamic’ printing. I have also used the networks forged by Sufi brotherhoods to understand pre-modern and early modern mechanisms of Muslim expansion from the Middle East to China and beyond. One hallmark of my writing has been to join together the study of the early modern and modern periods, not least with regard to the question of multiple globalisms and globalizations. In methodological terms, much of my work has drawn on the insights of anthropology, an interest that developed as I lived, researched and traveled in India, Chinese Central Asia, Iran, Turkey, Syria, Egypt, Israel, Yemen, Oman, Jordan, Morocco, Sri Lanka, South Africa, Myanmar and Malaysia. Given the fact that South Asia is home to the world’s largest Muslim population, my work seeks to position the region in a global and comparative perspective. To this end, I serve as director of the UCLA Program on Central Asia; on the Association of Asian Studies’ South Asia Council (from March 2015); on the Executive Committee of the American Institute of Afghanistan Studies; and on the editorial boards of the International Journal of Middle East Studies and the South Asia Across the Disciplines book series. Through my initial training in South Asian and Middle East Studies and my abiding interests in Muslims in Asia, Africa and Europe, I endeavor to bring global history into conversation with Islamic history.