Please join us in a talk from Dr. Mai Na Lee, Associate Professor of History and Asian American Studies at University of Minnesota, entitled: Hmong Veterans of the Secret War and their Fight for Recognition in America.
Hmong Americans are an ethnic group from Laos who sided with the United States during the Vietnam War. Consequently, they constitute a portion of the Southeast Asian refugee population in exile in America today. A stateless people who was unknown to Americans, the Hmong began to broadcast their role in the Indochina wars in a historic commemoration ceremony in July 1995. Arguing that they had made blood sacrifice to contain communism in Laos, thereby suffering untold numbers of death on behalf of the United States, Hmong political activists have since also demanded for legislative changes and raised multiple monuments on public lands across the nation. This talk examines the origin and development of Hmong efforts to proclaim their services as a critical ally to the U.S. by highlighting the very first commemoration event. The talk unveils the origin of how and why the blood sacrifice narrative emerged and interrogates its powerful influence on Hmong ethnic politics and Hmong memory of the historical past since the ceremony. Avidly embraced by the English speaking younger generation who desires equality and belonging, this blood sacrifice argument has had a serious impact on state and national legislations, and on the narrative and meaning of the Hmong’s role in the secret war of Laos. 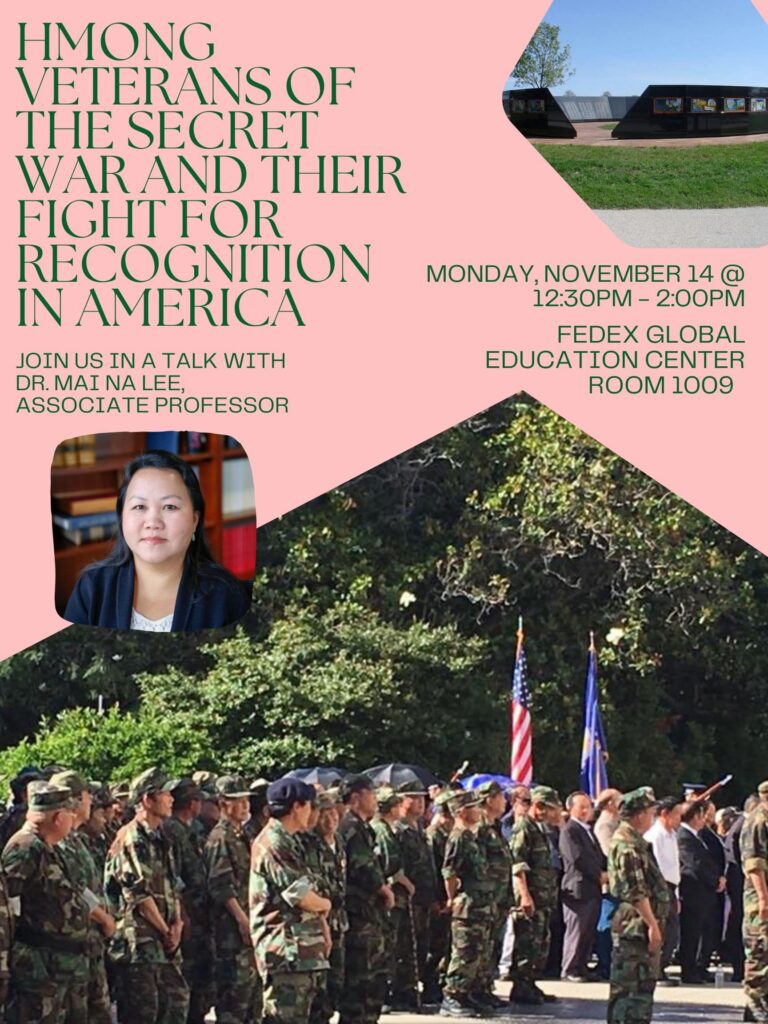