Gendered Transformations via Digital Distribution: A Case Study of Zoya Akhtar’s Made in Heaven 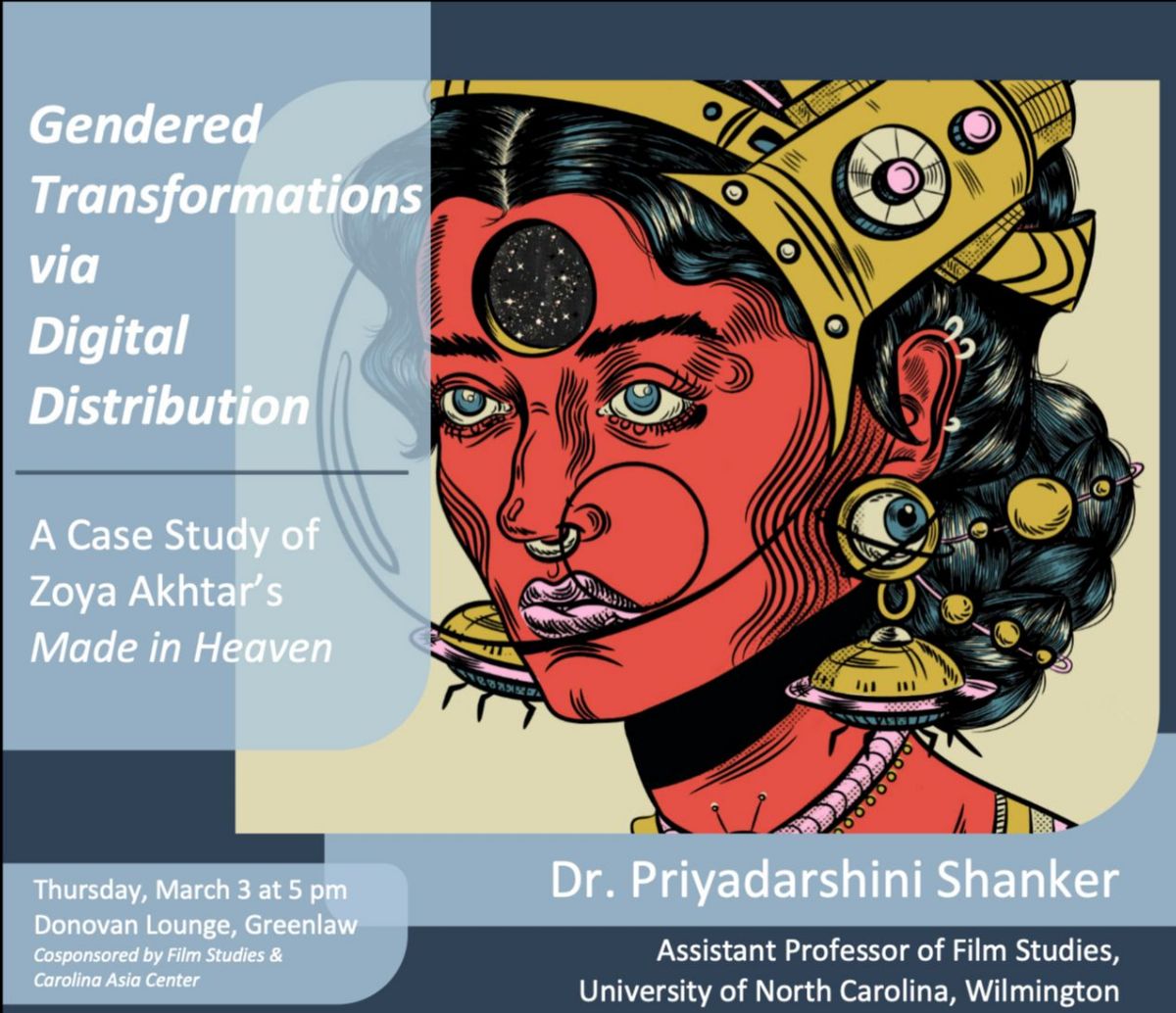 Bombay cinema’s last two decades, have birthed a slew of at least two dozen female filmmakers. This is in opposition to the handful of women directors, in the five decades of post-independent Bombay cinema, predominantly, working outside the margins of the mainstream. This new women-led mediascape, then promises an increased heterogeneity, in contemporary content and form, thus disrupting the syntax of popular Bombay cinema and television. Scholars such as Ramon Lobato (Netflix Nations, 2019) have highlighted how global video-on-demand services foreground market boundaries and exclusions. My presentation attempts to shift and complicate this pervasive scholarly argument, via a case of study of gendered content, in Indian streaming media. First, I argue that responding to a democratization of filmic technology and new transnational funding arrangements, the digital platform has excavated a uniquely transnational feminist optic. Second, I argue that this representational intervention stems from a series of historical and contextual factors that range from legal and industrial to economic and socio-cultural. These arguments will be demonstrated via the analysis of a web series on Amazon Prime: Zoya Akhtar’s Made in Heaven.