Find us on Facebook Find us on Twitter Find us on Instagram
Home / Events / From Shokuyô to Macrobiotics: Postimperial Wellness in 1950s Japan and the World

From Shokuyô to Macrobiotics: Postimperial Wellness in 1950s Japan and the World 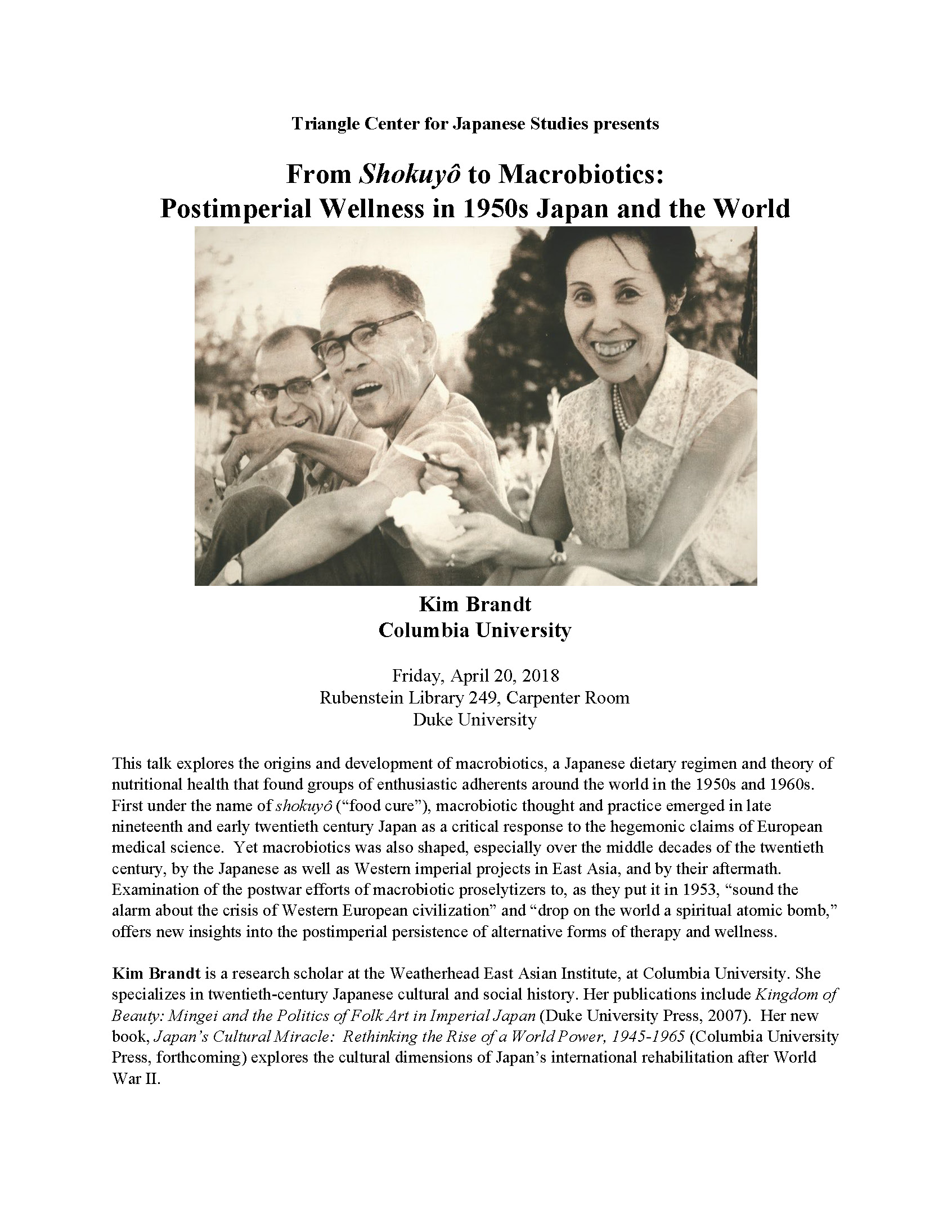 The Triangle Japan Forum presents this talk exploring the origins and development of macrobiotics, a Japanese dietary regimen and theory of nutritional health that found groups of enthusiastic adherents around the world in the 1950s and 1960s. First under the name of shokuyô (“food cure”), macrobiotic thought and practice emerged in late nineteenth and early twentieth century Japan as a critical response to the hegemonic claims of European medical science. Yet macrobiotics was also shaped, especially over the middle decades of the twentieth century, by the Japanese as well as Western imperial projects in East Asia, and by their aftermath. Examination of the postwar efforts of macrobiotic proselytizers to, as they put it in 1953, “sound the alarm about the crisis of Western European civilization” and “drop on the world a spiritual atomic bomb,” offers new insights into the postimperial persistence of alternative forms of therapy and wellness.

About the speaker: Kim Brandt is a research scholar at the Weatherhead East Asian Institute, at Columbia University. She specializes in twentieth-century Japanese cultural and social history. Her publications include “Kingdom of Beauty: Mingei and the Politics of Folk Art in Imperial Japan” (Duke University Press, 2007). Her new book, “Japan’s Cultural Miracle: Rethinking the Rise of a World Power, 1945-1965” (Columbia University Press, forthcoming), explores the cultural dimensions of Japan’s international rehabilitation after WWII.