Friend or Foe: U.S.-Chinese Relations in the 21st Century 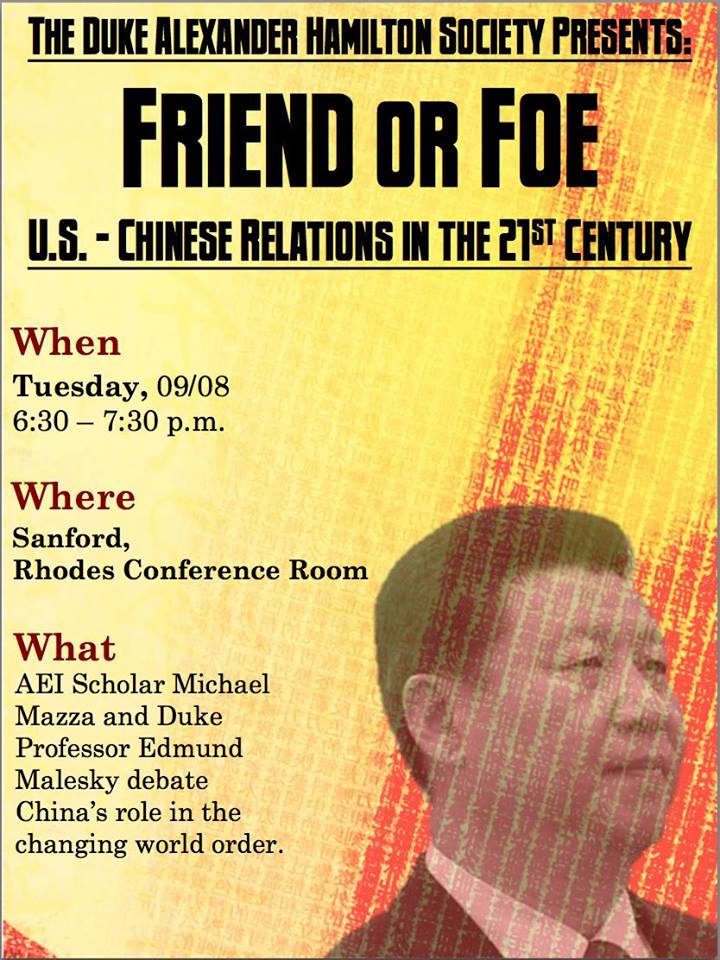 The Duke Chapter of The Alexander Hamilton Society presents our first debate of the 2015-2016 school year, “US-Chinese Relations in the 21st Century: Destined for Conflict or Cooperation?”, featuring the American Enterprise Institute’s Michael Mazza and Duke Professor of Political Economy Edmund Malesky. Join us for this exciting debate on Tuesday, September 8th at 6:30-7:30pm in the Rhodes Conference Room of the Sanford School of Public Policy. Refreshments will be provided.

America is undoubtedly the world’s most powerful country, but its dominance is no longer going unchallenged, especially in East Asia. Over the past few years, China’s unprecedented economic growth and increasing international clout has pu…t it on the precipice of being a global power, and as some see it, a rival of the United States in the decades to come. However, while relations between the US and China have grown tense over issues like the Asian Infrastructure Bank and the South China Sea, the two great nations are very closely economically interdependent and cooperate on a variety of issues.

How should the US address China in the coming decades as the two countries approach the point of becoming equals? Should the US and China put these tensions aside for some greater interest, or are the two giants destined to clash?