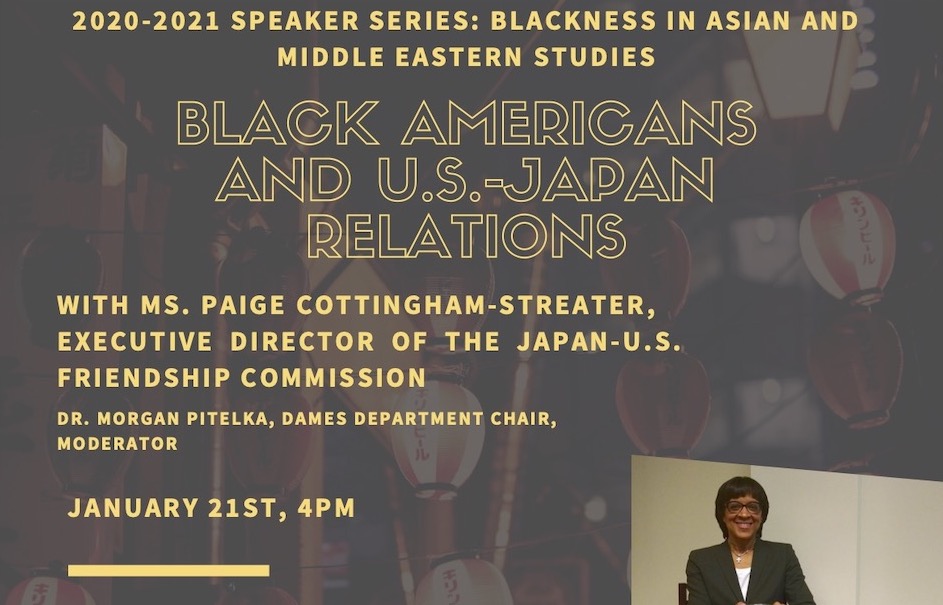 This session will feature Paige Cottingham-Streater, executive director of the Japan-U.S. Friendship Commission, “Black Americans and U.S.-Japan Relations,” and will be moderated by Morgan Pitelka, chair of the Department of Asian and Middle Eastern Studies at UNC-Chapel Hill.

Cottingham-Streater directs the work of the Japan-U.S. Friendship Commission. The Commission is an independent federal government agency that supports research, education, public affairs and exchange with Japan. Its mission is to support reciprocal people-to-people understanding, and promote partnerships that advance common interests between Japan and the United States. Prior to joining the Commission, Cottingham-Streater served as deputy executive director of the Maureen and Mike Mansfield Foundation where she worked for sixteen years.  In addition to providing strategic leadership for the Mansfield Foundation, she directed the Mike Mansfield Fellowship Program, a Congressionally-established professional exchange for mid-level federal government employees.

This series is organized by the UNC Department of Asian and Middle Eastern Studies with support from Carolina Asia Center, the UNC Center for Middle East and Islamic Studies, and the UNC Institute of African American Research.