Find us on Facebook Find us on Twitter Find us on Instagram
Home / Events / Author Event: Dr. Heidi Kim reads “Taken from the Paradise Isle: The Hoshida Family Story” 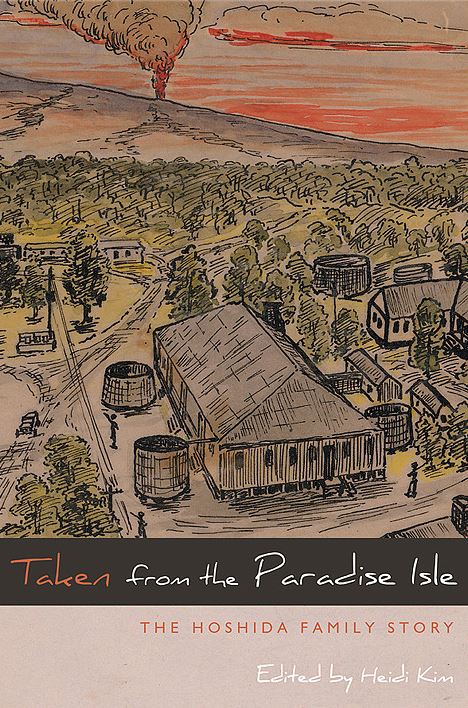 “From the Obatas to Hatsuko Mary Higuchi, Japanese American artists depicted their lives in American concentration camps as they sought to express the sorrows engendered by incarceration. All this and more is captured by Heidi Kim’s marvelous selection of George Hoshida’s artwork and correspondence in Taken from the Paradise Isle, which poignantly documents George’s desperate attempts to keep his family intact.” –Lane Ryo Hirabayashi, Asian American Studies, UCLA

Crafted from George Hoshida’s diary and memoir, as well as letters faithfully exchanged with his wife Tamae, Taken from the Paradise Isle is an intimate account of the anger, resignation, philosophy, optimism, and love with which the Hoshida family endured their separation and incarceration during World War II.

Bull’s Head Bookshop is located in UNC Student Stores on the campus of UNC-CH. All events at Bull’s Head are free and open to the public. Call 919-962-5060 for more details.