We are pleased to introduce our 2020-2021 Foreign Language and Area Studies fellowship recipients! This year, the Carolina Asia Center awarded a total of 15 recipients including eight graduate students, two incoming graduate students, and five undergraduate students for the study of Burmese, Korean, Hindi, Japanese, Mandarin Chinese, Persian, Sanskrit, and Urdu. The goals of the FLAS program are to to assist in the development of knowledge and resources for modern foreign language and area/international studies, to stimulate the attainment of foreign language acquisition and fluency, and to develop a pool of international experts to meet national needs. The Foreign Language and Area Studies fellowships are generously funded by the U.S. Department of Education.

Applications for FLAS fellowships are usually available in the fall. For more information about FLAS, please visit carolinaasiacenter.unc.edu/scholarships/flas Yasmine Flodin-Ali (Brooklyn, NY) is a doctoral student in the Department of Religious Studies, examining the relationship between race and religion among Muslim members of the South Asian and African diasporas. She will study intensive Urdu over the summer, to help her research and track on-going transnational conversations between South Asians and South Asian American immigrants and their descendants. Sean Foley (Charlotte, NC) is an incoming Master’s student in the Department of Linguistics, where he will study minority languages of modern China. He is receiving a FLAS grant to support his study of Chinese language and area studies throughout the academic year, and he hopes for a continued career in higher education.
C onrad Hartmann (Durham, NC) is a rising senior in the College of Arts and Sciences, pursuing a BS in Chemistry and a BA in Chinese. He will study intensive Chinese over the summer, with an eye to further graduate studies. 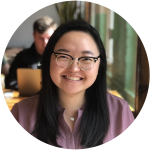 Grace Lee (Harrisburg, NC) is a rising second year student pursuing her MSW at the UNC School of Social Work. She will study Korean language and area studies during the academic year, in support of her career goal to serve as a bilingual social worker. 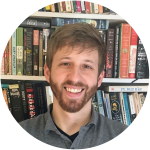 John Lain Miller (Asheville, NC) is a doctoral student in the Department of Religious Studies. He will study intensive Persian over the summer, to better understand the Muslim population of South Asia. His research traces ideas about scriptural authority in the Muslim community, to better understand future directions in Islamic thought and practice. 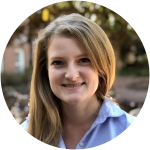 Emily Rose Mitchell (Mobile, AL) is a doctoral student in the Department of Political Science, where she is researching the political economy agriculture, particularly in India. She will study Hindi language and area studies during the academic year, and she hopes to work in higher education and the non-profit sector. 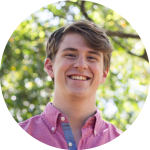 Andrew Nenow (Boone, NC) is a rising senior in the College of Arts and Sciences, pursuing a major in Computer Science. He will study intensive third-year Chinese over the summer. He hopes to join the US Foreign Service for his career after UNC.
Priyanka Pathak is a master’s student at the UNC School of Social Work, where she is training to become a licensed clinical social worker. By studying intensive Sanskrit over the summer and Hindi during the academic year, she aims to enrich her mental health practice with insights from South Asian religions, philosophies, and traditional knowledge. 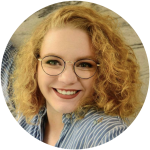 Katelyn Shadowens (Hickory, NC) is a rising senior in the College of Arts and Sciences, double-majoring in Communication Studies and Chinese. She will study Chinese intensively over the summer and throughout the academic year, preparing her for a future career in a non-governmental organization. Katelyn is a Phillips Ambassador alumna. 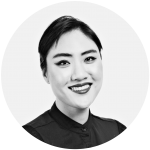 Yoona Shin is an incoming Master’s student in the Gillings School of Global Public Health and the Kenan-Flagler Business School, where she will study Korean language and area studies alongside her public health and MBA program. This will support her career goal of working in the consumer healthcare technology business to increase the access and delivery of care to medically underserved patient populations. Shin Song is a JD candidate at the UNC School of Law. He will study Korean language and area studies during the academic year, feeding into his future career in international law. Ann Suk is a doctoral student in the Department of Anthropology, where she researches forced displacement and chronic health issues along the Myanmar-Thailand border. Already proficient in Thai, she will study Burmese intensively over the summer. This will help achieve her career goals of supporting stateless communities and contributing to health equity and the rights of migrants and displaced people. Ann is a former Graduate Phillips Ambassador. 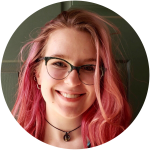 Faith Virago (Monroe, NC) is a rising senior in the College of Arts and Sciences, working on majors in Chinese and Women’s and Gender Studies. She will study intensive Chinese over the summer, with an aspiration to pursue graduate studies. 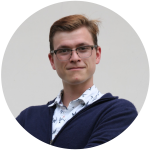 Owen Warmuth (Boone, NC) is a rising senior in the College of Arts and Sciences, pursuing a BS in Biochemistry. He will study Chinese intensively over the summer, to support his intention to work in industry connecting scientific research between sinophone and American communities. 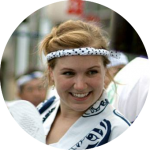 Carleigh Zeman (a Chapel Hill native) is a rising third-year JD candidate at the UNC School of Law. She will study Japanese language and area studies during the academic year, and she looks forward to a career in international law and business.
Comments are closed.